Ryzen Powers.
You Dominate. AMD Ryzen™ 7 Processors Have Arrived. Get Yours.

Your passion encouraged us to push the boundaries. Ryzen™ 7 marks the beginning of a new era of premium AMD processors designed for impeccable performance. It transcends beyond merely being a processor. The AMD Ryzen™ processor is your portal - to a destination of your choice.

All Ryzen™ 7 processors feature 8 cores with 16 threads for the most ambitious competitors, helping you game and stream at the same time with performance to spare.*

AMD SenseMI technology is a collection of smart features that rapidly and automatically tune performance for more responsive applications:

Every Ryzen™ 7 processor is voltage and multiplier unlocked and ready for overclocking.*

The Balance of Power Has Shifted

The Superior Processor for Creators & Gamers

The new, intelligent microarchitecture inside the Ryzen processor is enabled by AMD SenseMI technologies that include a true neural network for performance out of each of the 8 cores and 16 threads of processing power.

The Ryzen 7 1700X is the obvious choice for creators and gamers. 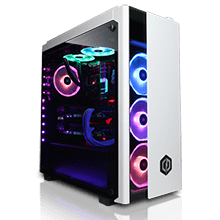 ** AMD's product warranty does not cover damages caused by overclocking, even when overclocking is enabled via AMD hardware and/or software.